Just about everyone has experienced heartburn at least once, but many people suffer from it on a regular basis. In fact. the American Gastroenterological Association estimates that about 60 million Americans have a case of heartburn each month. Of course, heartburn really has nothing to do with the heart. It’s a form of acid indigestion in which acid leaves the stomach and enters the esophagus causing burning and pain.

When we eat, food passes down the esophagus and into the stomach. There, the stomach secretes hydrochloric acid and pepsin to break down proteins and begin the process of digestion. The stomach has a mucous lining to help protect it against this acid. The esophagus does not. A muscular valve at the top of the stomach holds the stomach’s contents, including the stomach acid, in the stomach. This valve opens to permit belching, then closes again. 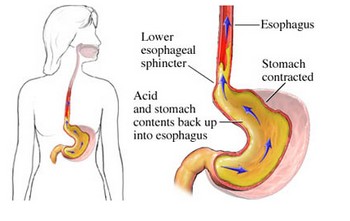 Heartburn occurs when the valve at the top of the stomach allows acid to step back (reflux) into the esophagus.
This acid burns and inflames the esophageal lining which does not have the same degree of mucous protection as the stomach. This creates the burning sensation in the center of the chest we call heartburn. The more technically accurate term is acid reflux.

Although uncomfortable, occasional heartburn or acid reflux is not a serious condition. It is an indicator that dietary changes are needed. However, if it happens frequently and persistently, then the repeated burning and inflammation of the esophagus can result in more serious damage. This more serious condition is called gastro esophageal reflux disease or GERD. GERD is surprisingly common, affecting an estimated 5-7% of the American population.

The problem with GERD is that it can cause an erosion of the esophagus due to the continual acid damage. Scar tissue can form which will narrow the passageway. It also increases the risk of esophageal cancer. 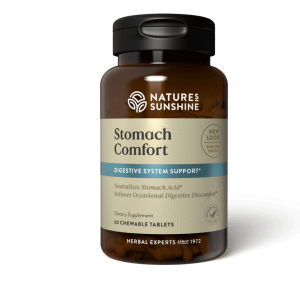 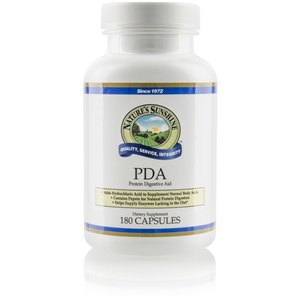 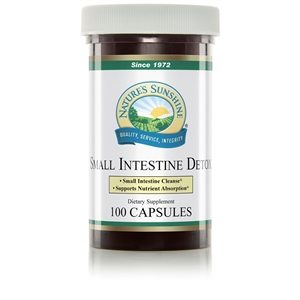 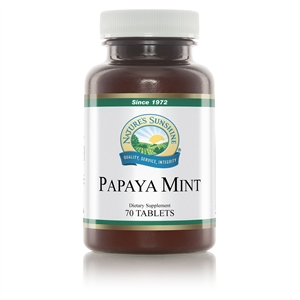 First, let’s look at the problem of poor digestion.

The more protein foods are cooked, the more their proteins are denatured. Denatured proteins become “leathery” making it more difficult for digestive juices to penetrate the tissues and break down the particles. Greasy fried foods create the same problem because water and oil do not mix. The greasy coats the food particles, preventing penetration by the hydrochloric acid.

When food is not thoroughly chewed, it is harder for digestive juices to penetrate the food; so food needs to be chewed thoroughly to help digestive secretions blend with food particles. Overeating also causes acid indigestion, as the stomach becomes overburdened with more food than it can handle. Food winds up not being digested properly, which causes the body to signal for more production of acid. Watching food combinations may help with symptoms, too.

Certain foods may trigger acid indigestion because they trigger a type of allergic response. Common foods that cause excess acid production in some people include onions, peppermint, chocolate, coffee, citrus fruits, tomatoes, garlic, sugar and spicy foods. While these foods may cause acid indigestion, other factors cause the acid to reflux into the esophagus. These are generally due to mechanical pressures. Anything that puts pressure on the valve at the top of the stomach will allow acid to enter the esophagus, even if acid production isn’t excessive.

Anything that pushes the stomach upward can put pressure on this valve including intestinal gas and bloating, excess body weight, tight fitting clothes, pregnancy, and lying down after eating. Stress also tenses the solar plexus area and draws the stomach upward.

When a portion of the upper stomach passes through the opening in the diaphragm where the esophagus enters (known as the hiatus), this is called a hiatal hernia. A hiatal hernia creates chronic digestive problems and eventually chronic digestive weakness, pressure on the stomach from below (as described previously) can cause a hiatal hernia, but it can also be created by repeated stress and “swallowing” of emotions.

A hiatal hernia causes a “kink” in the valve at the top of the stomach, creating chronic heartburn or GERD. It can also put pressure on the heart, weaken the thyroid, and contribute to chronic gas and bloating in the intestines. This is a mechanical problem that must be corrected mechanically” before any permanent relief can be found, herbs and supplements alone will not correct this problem.

Since acid reflux usually begins with poor digestion brought on by lack of digestive enzymes. food allergies. or processed foods that are difficult for the body to digest, taking enzymes to help foods break down better is the first step.
Believe it or not, acid reflux can actually be a sign that the body is not producing enough hydrochloric acid to properly digest proteins. The Undigested food ferments, producing waste acids and fermentation. In these cases, the acid indigestion is usually accompanied by poor digestion of proteins, intestinal gas and bloating, and a heavy feeling in the stomach after eating. The acid indigestion usually occurs about an hour after eating, and the tongue is pale, often with a heavy coating.

For immediate relief from this type of acid indigestion take any bitter herb in liquid or powder form (golden seal works well), place it on the tongue and suck on it. This will relieve the burning very quickly. For long term relief start using enzymes, digestive bitters and/or hydrochloric acid supplements.

When there really is too much acid production in the stomach, the symptoms will be different from those described above. Protein digestion is good, and food digests rapidly. The tongue is red and the person is usually younger. This condition is usually due to overeating and stress. It may also be due to eating too many grains and refined carbohydrates and not enough protein and vegetables. An antacid like Stomach Comfort can be used for this kind of occasional acid indigestion.

If bloating and gas are problems, they may also be contributing to the acid reflux. Intestinal gas and bloating put pressure on the stomach, pressing it upwards against the diaphragm. Use carminatives to relieve gas pressure.

To heal damage to the esophagus and digestive tract due to acid reflux, soothing mucilaginous remedies are needed.
One of the best is Aloe Vera Juice, but there are many others. By sipping small amounts of aloe diluted in water, the burning or inflammation in the esophagus due to the acid reflux can be cooled and soothed. Aloe will also help to normalize the pH of the body, reducing overacidity in general.

These suggestions, along with appropriate lifestyle change, can eliminate acid reflux and the need for antacids.

Disclaimer: This site is provided for informational purposes only and is not meant to substitute the advice provided by your own physician or other medical professional. We do not directly dispense medical advice or prescribe the use of herbs or supplements as a form of treatment for illness.